Walter Russell – Get his books here!

We carry all Russell books currently in print.

Click here to go straight to the page listing our most popular Walter Russell books, and a link to even more Russell books.

Get every Russell book available by clicking here, including the Third Edition of the Russell Home Study Course & three CDs, for one low price. 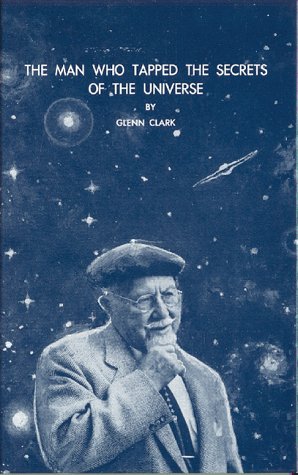 was one of the greatest geniuses ever to walk the planet. Even though he died in the 60’s, Walter Russell greatly changed the world we live in today. Walter Russell felt it was his Life Purpose to be an example to mankind that we all have genius inherent within us. And he did just that.

As an architect, Walter Russell conceived the ideas for the penthouse, the duplex, the cooperative apartment building (forerunner to the condo), and the studio apartment. As a scientist, Walter Russell developed his own Periodic Chart of the Elements and was the first to define the trans-uranium elements–the elements eventually used (and abused) to create nuclear energy and the atomic bomb.

Walter Russell understood cause–the “why” of things. Modern science uses observation and deduces the “effects” of things. Walter Russell released many of his discoveries and insights to the world’s leading scientists and physicists in 1926.

The official scientific community considered Walter Russell to be a heretic because he approached science from a metaphysical viewpoint, putting God into the equation. However, at least two scientists have since won Nobel Prizes by developing his ideas. Walter Russell never was given credit for the discoveries he revealed to mankind in 1926, in his scientific treatise, The Universal One.

Russell mastered all these talents by “writing his desire in light upon his heart in lines of light” and by tuning into Nature and to the universal One–Walter Russell’s term for God. He taught that all things are knowable in Light, and everything is light. Walter Russell taught that the entire, unlimited physical universe is the body of God, thought into creation by the imaginings of the universal One.

Walter Russell went into “full illumination” for 39 days and nights in 1921. In that time he “saw” and understood how the universe was created. About 30,000 words came through him during that time, which he considered to be Divine revelation (and so do I).

Those words are revealed in The Message of the Divine Iliad. Russell spent the rest of his life revealing the insights he received during those 39 days. Walter Russell also wrote The Secret of Light, which evolves his philosophy into the Russell science.

Walter Russell’s wife, Lao, was also quite remarkable. Lao Russell was the “mother” of Russell’s teachings, birthing them into the world through the many books by Lao & Walter Russell.

I feel it’s part of my purpose on Earth to disseminate the teachings of this incredible man. Walter Russell truly was “the man who tapped the Secrets of the Universe.”

If you’d like to learn the incredible story of how I discovered the Russell teachings, read “Quest for the Blue Books & The Russell Connection to Dowsing,” by clicking here.

We carry all Walter Russell books currently available, including the Third Edition of the Home Study Course.

Click here to go straight to the page listing our most popular Walter Russell books.

We offer special set prices of books by and about Lao and Walter Russell.

Click here if you’re interested in getting everything currently available by and about Lao & Walter Russell, including